Oh, people, you so do not want to pass on this giveaway! I'm honored to be allowed to offer a chance to win this ebook by Camille Picott. But I won't start gushing about how much I loved it....yet...that comes tomorrow. :) In the meantime you'll want to enter this one. I promise! 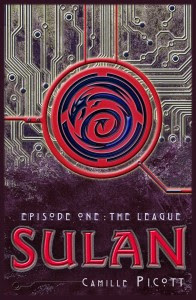 Publisher: Pixiu Press, June 4, 2012
Category: YA Dystopian, Cyberpunk (Dystopunk)
Tour Dates: September, 2012
Available in Print and eBook, 296 Pages, also available on Audible
Sixteen-year-old Sulan Hom can’t remember life before the Default—the day the United States government declared bankruptcy. As a math prodigy, she leads a protected life, kept safe from the hunger and crime plaguing the streets of America. She attends the corporate-sponsored Virtual High School, an academy in Vex (Virtual Experience) for gifted children.
Beyond the security of Sulan’s high-tech world, the Anti-American League wages a guerrilla war against the United States. Their leader, Imugi, is dedicated to undermining the nation’s reconstruction attempts. He attacks anything considered a national resource, including corporations, food storage facilities—and schools. When Sulan witnesses the public execution of a teenage student and the bombing of a college dorm, she panics.
Her mother, a retired mercenary, refuses to teach her how to defend herself. Sulan takes matters into her own hands. With the help of her hacker best friend, Hank, Sulan acquires Touch—an illegal Vex technology that allows her to share the physical experience of her avatar. With Touch, Sulan defies her mother and trains herself to fight.
When Imugi unleashes a new attack on the United States, Sulan finds herself caught in his net. Will her Vex training be enough to help her survive and escape?
About Camille Picott: 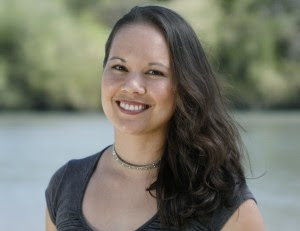 Camille Picott has been writing books since the age of twelve. She specializes in science fiction and fantasy stories with Asian-inspired settings and Asian main characters. She is the author of two middle grade fantasy books, Raggedy Chan and Nine-Tail Fox.
In her spare time, Camille loves to read books and write reviews. Her reviews are written from a writer’s perspective, highlighting various aspects of craft found in the books she reads.
To visit Camille, and to read her book reviews, go to www.camillepicott.com.

Still not convinced? Check out all these awesome reviews! Everyone is loving it...as they should! And don't leave yet. Scroll down for your chance to win. The winner will be emailed on October 2, 2012. Good Luck!
a Rafflecopter giveaway