Yea or Nay?
With a little bit of work this one would have been quite good. Without it, I just don't know if I can  make a recommendation.
Posted by Jenny at 7:00 AM 22 comments

First sentence A surging, seething, murmuring crowd of beings that are human only in name, for to the eye and ear they seem naught but savage creatures, animated by vile passions and by the lust of vengeance and hate.

Synopsis
Armed with only his wits and his cunning, one man recklessly defies the French revolutionaries and rescues scores of innocent men, women, and children from the deadly guillotine. His friends and foes know him only as the Scarlet Pimpernel. But the ruthless French agent Chauvelin is sworn to discover his identity and to hunt him down. (From Goodreads)

What it has going for it
You can always tell how much I "liked"  a book when I just copy and paste the Goodreads synopsis on my reviews instead of taking the time to write one out myself...Well, that's now entirely true. Sometimes I just can't put a book's synopsis into words. But with this book, the former is the culprit. While that first LONG sentence may turn you off, this one was actually a very easy read. The plot moved along quickly which made the story...tolerable.

What's lacking
As I told my book club: The three things wrong with this books were 1) Marguerite. What a useless character! She was used as a plot device. There was all this set up like she might actually be of some help but she never was. So freaking infuriating. Plus, she was just whiny and over emotional. 2) The writing. The above mentioned plot device trick is just plain annoying. Sure the story moved along and there was a lovely passage about the ocean I enjoyed, but it just seemed amateurish for a classic book. 3) The author used the word literally when she did not mean literally...twice. Ugh!

Favorite moment
When Percy kissed the ground where Marguerite had been...NOT! Yuck!

Yea or Nay?
Meh. No, but if you wanted to don't let me deter you. It was an easy read and everyone else at my book club seemed to like it.
Posted by Jenny at 1:28 PM 18 comments

Predictability: The Good, The Bad, The Ugly

I've been whining about books that are predictable lately and so, in an effort to defend myself, and to blog more, I offer this post.

Predictability in a book. Yes, it happens and usually depends on the reader. Some people are great at seeing that shocking twist long before it happens and others...not so much. Why some people are great at this and what type of person is better is not the subject of my post so let's not go there. I just want to talk about when predictability is good and when it's bad...and when it's just plain ugly.

Yep, I have examples and everything. ;) Some books aren't kidding themselves. They don't try to pretend they are so dang mysterious that you'll never see that twist ending coming. If it's obvious??? Who cares. Your're usually so invested in the characters that you really don't care. And speaking of characters: When predictability is done right, the characters aren't complete morons. Meaning you're not screaming at them for being so dang stupid! Rather than ramble on and on, I suggest you read this lovely book here for a better understanding on what I'm saying. If you haven't already.

Uh, yeah, remember that yelling at the characters thing? I can't tell you how many times I rolled my eyes, slapped my forehead, and screamed at these characters. Well, mainly I screamed at the author. The characters were so badly written I didn't have the heart to yell at them. It's not their fault they're so freaking stupid. Books that flounce around pretending they're so complex and suspenseful and that you, the reader, will never guess what's going to happen next...Well, they're about as obvious as they claim NOT to be.

Yeah, and then there's the books where absolutely nothing happens! It gets so bad you start making up all this crap in your head where the story COULD go just to spice things up. But does it ever happen? No! You read hundreds of pages and then just sit there staring at the book thinking, what the hell? Where's the story?! Nothing happened! There was nothing TO predict!


So, what's your opinion? Have you ever noticed the difference between the good and bad of predictability in book, or do you actually have a life? ;)
Posted by Jenny at 7:00 AM 33 comments 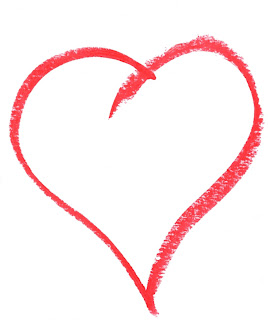 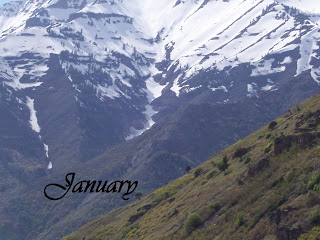 Not only was January a horribly slow reading month for me but I'm way late doing this wrap up post. Sigh!

The Raven Boys by Maggie Stiefvater
Very good but a touch more set up to the rest of the series than I like.

The Unbecoming of Mara Dyer by Michelle Hodkin
Meh, I didn't hate it but I was expecting better. Something less predictable.

The History of Love by Nicole Krauss
So refreshing reading an adult book. It was funny and sad and just plain beautiful.

Across the Universe by Beth Revis
*points finger gun at head and mimics blowing brains out* 'nuf said.

Favorite of the month was...Hmm, probably The Raven Boys but The History of Love was so refreshing! Least favorite? Um, I'm going to go with the book that made me want to blow my brains out.
Posted by Jenny at 7:00 AM 19 comments

Review: Across The Universe

Synopsis
Amy's decision to join her parents on the Godspeed, a ship headed to a new planet, was the hardest one she's ever had to make. Committing to be frozen for 300 years till the ship lands doesn't seem too bad but that's before she's unfrozen years ahead of schedule.

Elder has never know anything but the ship he's been born and raised on. His life is already set before him. He's to be the leader of the people on the ship, but the ship hold more secrets than Elder is prepared for.

What is has going for it
Oh boy, I blame it on my life situation and the fact that formula following books are seriously getting on my nerves but this book really didn't have anything going for it. Let me explain.

What's lacking
First off, read that first sentence again. Daddy? Daddy?! This book is supposed to be YA but the two main characters acted like they were eight! I totally get the immaturity with Elder, look at his upbringing, but Amy acted like a eight year old too. Then you've got the Season which, sure, was disturbing but what really bugged me was how graphically it was explained. Dude! Your characters are acting like they're are  eight and then you've got these seriously graphic "grown up" situations going on...Just didn't mix well!  Then came the painfully predictable plot...People, I'm not a freaking genius who always sees what's coming but this one was so eye rolling-ly obvious I wanted to punch someone. As usual, I really am sorry. I know people really liked this one, it just wasn't for me.

Favorite moment
When (can't remember his name cause that's just about how much I cared) dies...aka kills himself. Not because I was glad he died but because it was sad and managed to evoke a tiny bit of emotion from me.

Yea or Nay?
Once again I feel like the last person on the planet that has read this one so I guess my opinion doesn't matter but I wouldn't recommend this one. Far too predictable.
Posted by Jenny at 10:23 AM 37 comments