Review: If Only We 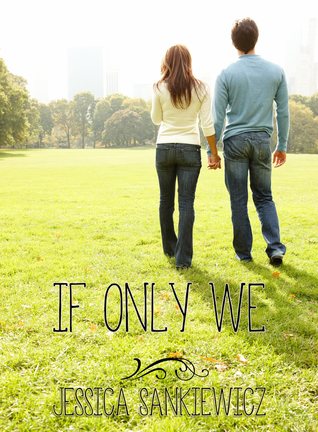 Title If Only We
By Jessica Sankiewicz
Genre YA contemporary
Pages ?
Recommended by Jessica

First sentence I never imagined a day when I wouldn't want the sun to shine.

Synopsis From Goodreads
At the end of the summer after graduation, Adrienne wonders what happened to cause her life to be in ruins. She isn’t getting along with her mom, her stepsister isn’t talking to her, and, to top it off, the boy she’s been in love with doesn’t want anything to do with her. She believes the turning point was a choice she made at graduation. When she wakes up the next day, she has been transported back three months to that moment, the one where everything started to fall apart. Adrienne realizes she has been given a second chance—and this time she doesn’t want to mess anything up. Reliving the entire summer, though, turns out to be a lot harder than she thought. As the same days and weeks go by, she starts to see how simple decisions can make a huge impact on the world around her. Despite knowing some of what lies ahead, there are some things she didn’t anticipate. She thought she knew what mistake led her to where she ended up the first time. She was wrong. And by the time summer is over, she discovers what was really at stake.

What it has going for it
I've been following Jessica's blog since I first started blogging. She's one of those bloggers you feel like you know even though you've never met. I've been reading her posts about writing and self publishing for a long time and when she sent me a copy of her book I was so excited...I even bought the book from Amazon just so I could have the pretty cover. I never doubted her ability to write and now I'm being proven right. Jessica writes a fun story with funny and heat breaking moments all in one. I enjoyed watching the MC Adrienne learn and grow from her second chance. Heaven knows I wouldn't learn that fast. I was very impressed with the editing too. You never know what you're going to get in a self published book but there was no need to worry. Oh, and I just love that cover!

What's lacking
So, I'm sure you're all thinking, "yeah but you're her friend so of course you're going to give her a good review". Not true. I'll be honest. There were phrases and sentencing here and there that pulled me out of the story and about two thirds of the way through the story I remember feeling like something had changed in the quality. Not really for the bad, though. It was just different and it threw me. The other things I wasn't fond of (and this is just personal) was Chevy. I know! I'm so picky about guys. I'm sure none of you are surprised. Anywho, he just didn't do it for me.

Favorite moment
The big reveal of the paint job. I was actually flinching in anticipation of Adrienne's mom's reaction.