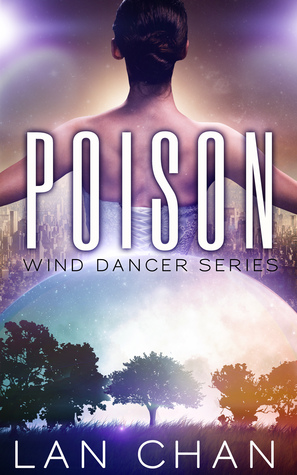 Synopsis
In post-apocalyptic Australia, the scientists known as Seeders have built a Citadel surrounded by food-producing regions and populated with refugees from the wars and famine. To maintain their control, the Seeders poisoned the land and outlawed the saving of seeds.
It’s been six years since Rory graced the Seeders’ circus stage as the Wind Dancer and still the scars on her body haven’t healed. Even worse are the scars on her heart, left by a Seeder boy who promised to protect her. Now the Seeders are withholding supplies from Rory’s region for perceived disobedience. Utilising the Wanderer knowledge she received from her mother, Rory must journey to the Citadel through uninhabitable terrain to plead for mercy. However, the Citadel isn’t as Rory remembered. The chief plant geneticist is dying and rumours fly that the store of viable seed is dwindling. The Seeders are desperate to find a seed bank they believe Rory can locate, and they will stop at nothing to get it.  To defy the Seeders means death. But Rory has been close to death before--this time she’s learned the value of poison. (from Goodreads)

First Sentence
The Seeders came for my mother in the middle of the night.

Poison was written by my blogging buddy Lan from The Write Obsession. I've been following Lan's blog for over four years and have eagerly been waiting her book's release this whole time. Lan is from Australia (the story in this one takes place in a future Australia) and I have this theory about Australian authors being the most amazing authors in the world. I always told Lan that she had nothing to worry about. There must be something in the water down there because Australian writers are awesome and I had no doubt that Lan's writing and stories would be just as awesome. Doubtful as she was her book proves me right.


What is has going for it
The writing was beautiful, and considering this book is a debut book, not at all amateurish as one might expect. I was blown away by the writing. Sadly, I'm not a reader who highlights phrases or paragraphs I like but I found myself itching to do so in this book. It was that good, guys! The world building was one of my favorite things. There's no smoothed over, unexplained details. Everything in the world and how it came to be and where it's going was perfectly fleshed out. Every detail covered. And with such a complex world one might expect loads of info dumping. Nope! Not a dump in sight. The information was seamlessly woven throughout the narrative. And then there's the characters. Rory was tough yet vulnerable. Aiden, oh Aiden why?! I don't know if I can trust you anymore than poor Rory! And what about Micha?! What's happening with him? Guy's...beware. Chan creates these beautifully flawed characters that you're instantly attached to and...well, let me just warn you. Don't get too attached. No one is safe if this crazy dystopian world. I for one, love when authors can kill of a characters. It makes things much more believable...but oh so sad!


What's lacking
Not every book can be perfect to every reader and I did have an issue with this one...but just one. A LOT of stuff happened in this book. Where Rory started out at the beginning of the book to where she ends up at the end takes a lot story in between and while I commend the author for not scrimping or skipping plot, there was a almost TV episode feeling to it...if that makes sense. There were a lot of plot arcs. Rising and peaking and falling to settle and then start all over again. Maybe it was just too much for one book. Maybe if the book had been broken into parts my puny brain might not have felt so battered.


Yea or Nay?
With gorgeous writing, intricate world building, exciting plot and fleshed out lovable/hate-able characters, I would highly recommend it.

Email ThisBlogThis!Share to TwitterShare to FacebookShare to Pinterest
Labels: book review, dystopian, YA