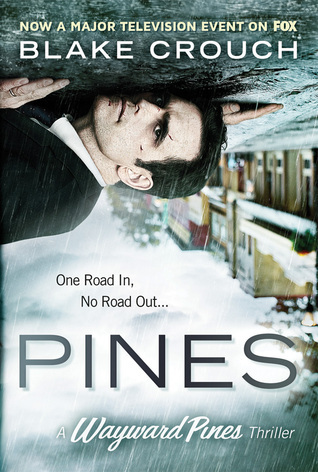 Synopsis
Secret Service Agent Ethan Burke is sent to Wayward Pines Idaho to investigate the disappearance of two colleagues but a terrible car accident gives him amnesia. Waking up with no ID, no money and not even able to remember his own name he wanders the sleepy streets of Wayward Pines. As his memories return he realizes things are not as they seem and the residents are hiding something from him. Will searching for his colleagues and trying to piece together the town's mystery land Ethan in danger?

First Sentence
He came to lying on his back with sunlight pouring down into his face and the murmur of running water close by.

Should you read it?
I would totally recommend this one, but to be honest, I'd really only recommend it to certain people. If you love character driven stories with lots of romance and kissing this one might not be for you. But if you love mystery and excitement and having your mind blown than, yes. Read this book!
Posted by Jenny at 7:00 AM