Because It's Been Awhile

If you guessed this was going to be a soccer post, you guessed right. If you thought I was just going to gush about hot soccer players you're wrong.

After being promised a new episode of House last night, and then finding a boring NASCAR race on instead, I watched for ten minutes while making my dinner. So there I was wondering why on earth anyone would choose to watch this "sport" and was inspired to write this post.

1 A soccer game is 90 minutes long. An hour and a half. Yeah, OK, in knock out stages in some cups it must be played longer if the games tied, but even then, it has two 15 minute overtimes and then goes to penalties so it does end. And all around two hours. That's considerably shorter than most sports.

2 There are NO FREAKING time outs every five seconds! (I'm looking at you basketball and football) The clock starts and doesn't stop till the game is over.

4 Despite what people say about soccer being boring because they hardly score, it's not! Let's consider, shall we? What's more boring? Basketball, where they score so many times it's not even a novelty and hardly worth cheering about, or soccer, where they have to work incredibly hard and use some actual technique and skill to score? Seriously, people.

5 Alright, alright! I can't list five reasons to watch soccer without mentioning the hot guys! I really can't! Thank goodness for the workout regime that soccer enforces to create bodies like this. 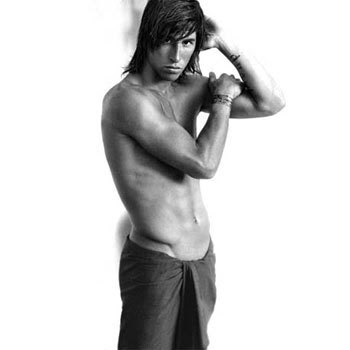