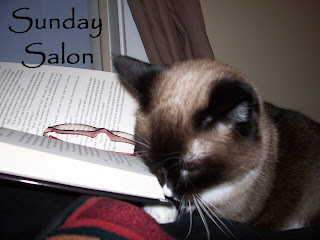 On The Idiot Box: Quite a few shows weren't on this week for some unknown reason. Grimm was on, though, and I really like this show, but if they don't throw us some real story instead of filler I'm going to give up.  Any one else watching this one and agree with me? 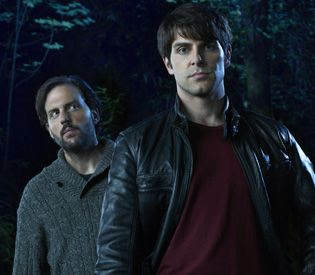 Weekly Reads: I read and LOVED Partials by Dan Wells and I'm still trudging miserably through Shade by John B Olson. :( I wanted and still want to like it but it's just not that great. Don't ask why I'm so determined to finish it. Just stubborn I guess.

Crazy Kitty: It was VERY windy all day yesterday and there were lots of scary noises....for a cat anyway.

This Week: I had a stupid sore throat for most of the week that has now settled into a lovely sinus infection. It's making my teeth feel like they're going to pop out of my mouth. So fun.

Movie of the Week: I saw Chronicle and I think I enjoyed it but I was so motion sick from the way they filmed it that I'm not sure.

Food Talk: I'm trying really hard to live on a self imposed budget and since it's the end of the month the budget is gone. So, I've been eating what I have around and it's getting very sad.

Soccer Sightings: My boys played today and won. (yay!) but for some reason they played at 4:00 PM which is 8:00 AM my time! Come on! It's the weekend! Of course I still got up to support them...shhh, no need to mention I would have been up anyway for early church. Anywho, I think the only reason they scored was because of pure luck. Check it out. It's only 10 seconds in so you don't have to watch the whole thing...unless, like me, you like to watch them celebrate.


Music Discoveries: Again nothing "new" so I'll share some boring song you probably don't care to listen to. This one is rather weird but I've liked it since I first heard it years ago. If you like it let me know because I've yet to meet anyone that does.

Plans For The Week: Wednesday night I'm going to Barnes and Noble to purchase my very own copy of Partials because the author will be there! Yay, another signed book. Did you know that will make this 32 books I have signed?
Posted by Jenny at 1:18 PM