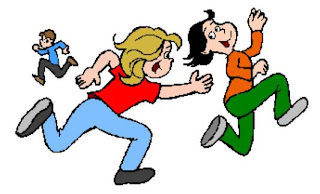 What goes around comes around...again, and again, and again! ;) My awesome, sexy sister tagged me and I couldn't resist answering her questions but I won't bother tagging anyone else. However, you're welcome to answer these same questions on your own blog if you need and idea. Cause, let's face it, we all need post ideas sometimes.

1. Pets, Love em or hate em?
Depends on the pet. Obviously I love kitties and I actually like dogs too, but pets are a lot of maintenance and can drive you crazy sometimes.

2. Favorite Household cleaning product.
Swifter Dusters! Oh my gosh if I knew you wouldn't have me committed I'd write an ode to those glorious little dusters! They. Are. Awesome!!!

3. What is your most guilty, guilty pleasure?
Why is it, when I think of guilty pleasure, I think food??? Should we really feel guilty over food? Really?! NO! So, hmmm, let's see. I would have to say those days I just leave the curtains drawn and the pajamas on and the shower dry as a bone and just sit and watch lame TV, or play a video game for ten hours straight, or...well, you get the point.

4. Chocolate, Dark or light.
I actually like white chocolate best but if I had to choose between dark or light I'd say light. No healthy antioxidants for me!

5. The best parenting tip you've ever got.
Well, I'm not a parent but I do tend to coddle my kitty and I've been told not to. That's pretty dang good advice, I'd say.

6. If you were secretly a super hero what would your name be and what super power would you have.
Well, I already have a "same initial" first and last name which is always a must for a super hero's secret identity. Alas, there is no way in hell I'd ever be a super hero. If I had powers, any powers, I'd be a super villain. Mwa ha ha!

8. Are you addicted to a TV show? Do tell.
Oh my gosh! I'm addicted to several. The ones I'm "jonesing" for bad lately are, the BBC's Being Human, ABC's Revenge and NBC's Grimm.

9. Who's your movie star crush?
Depends on the day. So many! Today, I'm looking forward to the movie Lockout just because this hottie is in it. Guy Pearce, for those who might not know.

10. Who is the most inspirational person in your life?
Lot's of people! Gosh, I don't know. Um, I could be a good little daughter and say my mom. I could be an awesome sister and say the sister who tagged me. Or I could be all bookish and say Markus Zusak.