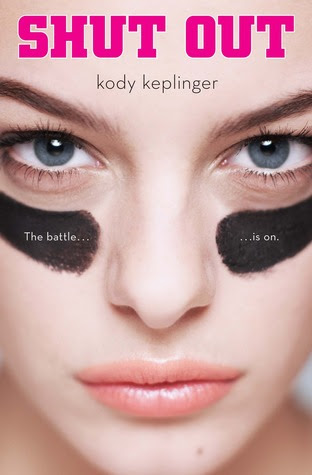 First Sentence there is nothing more humiliating than being topless in the backseat of your boyfriends car when someone decides to throw an egg at the windshield.

Synopsis
Tired of the feud between her high school's soccer team and football team always getting in the way of her dates with her football playing boyfriend, Lissa decides to take matters into her own hands. She convinces the girlfriends of both teams to join her in a sex strike. No sex for the boys until the feud ends but will the girls be able to stay strong when the boys start fighting back?

What it has going for it
Kody Keplinger fascinates me. She really does. Her books sound like they're going to be just awful. Not badly written but incedibly risque...they are steamy but risque isn't a word I'd use to describe them. This one had such a surprisingly good little message in it and I enjoyed that the best. But I also loved watching the neurotic Lissa learn to let go a little and grow up. Usually in Keplinger's books the endings wrap up all neat and clean and it never feels very realistic considering the issues that are in her books but this one didn't have any huge issues so the nice little happy ending was perfectly fine by me.

What's lacking
I'll admit that this one and A Midsummer's Nightmare weren't quite as delicious to me as The DUFF was but I still enjoyed them. My biggest complaint was how unrealistically perfect Cash was. Seriously? I don't think so....but I guess that's why they call it fiction.

Favorite moment
I'm going to say it. Don't judge. I LOVE the steamy kissy scenes in this book. Whew! *fans self*