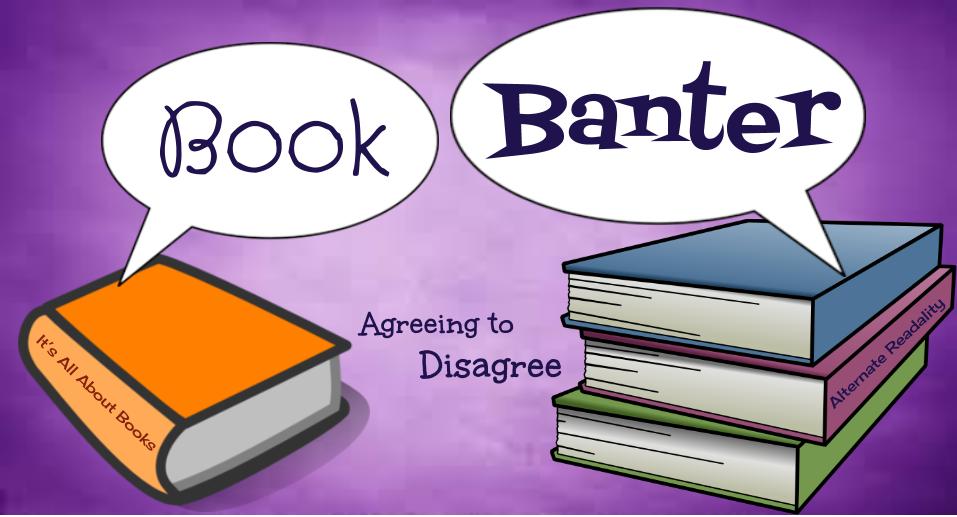 It's time for another Book Banter! Aren't you excited?! Today's Topic that Suey and I shall be discussing is High School Love: Is it possible? If you read as much YA as I do, you know what I'm talking about. Girl meets boy. Boy suddenly is the love of her life and she could't live with out him if she tried, she just couldn't and if you tell her that she has to, she'll run away with him, they'll elope. She knew she loved him from the moment she saw him and parents and family and friends be dammed, she'll be with him forever and ever! Ahem, I guess you can tell what side I'm taking today. ;)

Suey: I lived it.
Yes, I’m one of those people. I started dating my husband in January of our senior high school in year. Probably three months later (I can’t really remember the exact moment!) I was pretty sure he would be in my life forever. We had ups and downs of course. And we still waited a long time before we got married (three years) but it all began in high school and it was real and true and all that! I always like to say that I enjoyed being 17 because when I was 18 suddenly things were serious and real. Not to say that was a bad thing, but it definitely felt like something changed that year. So having lived it, I can say for certain that it CAN happen in high school.

Me
Ah, but wouldn't you say you love your husband much more now then what you thought you did back then? I think love comes in levels. When you first meet someone you like them and then comes infatuation. I love infatuation. It's the only reason sane people would ever get married! No, I tease but it does help. Marriage with all it's ups and downs and boring times and stressful times is what brings people past infatuation and into a deeper level of love. 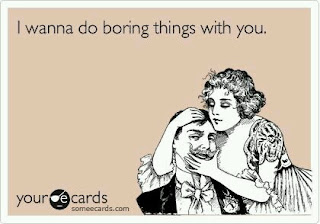 Suey: I’ve seen it.
The example that always stands out to me is my grandma’s sister, my great aunt, someone who I knew (know actually, as she is still alive) fairly well. She got married at age 15. And not during a time when this was normal. (I think I remember my grandma saying that she, her older sister, was pretty freaked out by this!) I’m not sure the year they got married but I’d guess it to be late 50’s. So 15 even at that time, was pretty shocking. (And no they were not pregnant… at least I don’t think they were!) And anyway, they had a long and happy (I assume) marriage which only ended when my uncle died a year or so ago. I’ve always been impressed with her story and I’m sure there are many more examples like hers out there.

Me
Wow! 15? Crazy. See, this example is great but it does go against the norm. Getting married at 15 and not being pregnant is nearly unheard of nowadays. If a teenager was, for what ever reason, to get out of the house and get married and start all the responsibilities of adulthood with her husband then, yes, I'd imagine love would become a real thing for her while she was still a teenager. But maybe not so strong a love as would come in adulthood. Teenagers are still babies themselves. They are still growing up and need to figure out who they are and what life is all about before they are really capable of love. And that goes for adults too. Some adults who are still incredibly immature, probably aren't capable of love either.

Suey: Anything is possible!
I can’t really think of another reason, except for the the fact that anything can happen really. And teenagers can most certainly find their soul mates at a young age. I do agree that they shouldn’t make major life decisions (like my aunt did!) when they are so freaking young, but by 18 or 19 (even though that is still so freaking young!) they can pretty much know what their gut and hearts are telling them. (I’ve had sisters and sisters in law get married this young and all is well… so far!) I think that high school love stories in the YA books we read are so much fun because it does touch that romantic place in all of us and gives us the satisfaction of a great storybook happily ever after.

Me
Now here we could get into a discussion about maturity levels. Some people are incredibly mature. They have old souls. So, yes, maybe they could fall in love at a younger age but I still stand by my convictions. Teenagers are too young to fully  know what they want out of life let alone fall in love. I'm perfectly fine with romance in YA books. I'm a strong believer in infatuation. I just don't believe in one true loves in YA books. *cough* *cough* Twilgiht *cough* *cough*.

So where do you stand? Is True Love possible in your teen years? Or, like me, do you believe it's impossible and what teenagers think is love, is simply infatuation?

Don't forget to check out Suey's post for my thoughts and her rebuttal.
Posted by Jenny at 7:00 AM