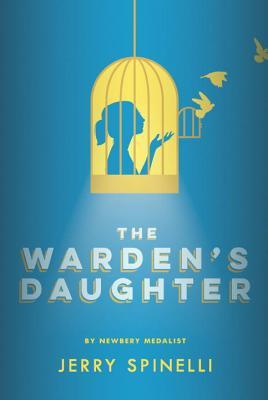 Synopsis
Cammie O'Reilly lives and unusual life. Her father is the warden at the Hancock County prison and they live in an apartment on prison grounds. When Cammie was a baby her mother died saving her life. Now at the cusp of 13 her need for a mother has made her desperate. Finding a mother figure in a prison probably isn't the best idea but desperate times call for desperate measures.

First Sentence
It's a birdhouse now.

I'm not a huge middle grade fan so I'm not sure why this one ended up on my tbr list but it did and I'm very grateful. Actually, I think it's right on the line between middle grade and YA.

This was such a beautiful little story about a girl healing from the death of the mother she never knew. I found Cammie a bit of a brat at the beginning of the book and though I could clearly see why she was the way she was it still bothered me. Eventually she started to grow on me and I became very invested in her happiness.

I've heard people have a problem with this one because they think there's some stereotypical racism going on and I just have to smack my face. As I listened to his one I didn't have a clue what anyone's race was because no one in the book mentions race. They all treat each other the same which I'll admit was rare as this book takes place in 1959 but there you have it. Sheesh! Some people!

Anywho! The story wasn't perfect. I found some things to be skeptical about but I also found a thousand little moments that tugged at my heart strings. I really ended up liking it. I want to read more of Spinelli's books now.

Should you read it
I would highly recommend this one.