What It's About
A VERY loosely based account of P.T Barnum with songs every 5 seconds. 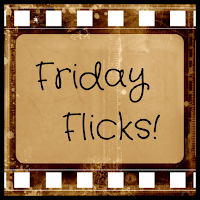 I've been so hesitant to see this. I don't mind musicals but I'd only heard one song from it before seeing it and was unimpressed so I was imagining hating all the songs and being bored out of my mind.

And I was bored out of my mind. BUT I liked quite a few of the songs. I actually ended up humming the song that I'd heard before I'd seen it after I saw it. Strange, right? It was This Is Me. I also really liked the song Jenny Lind sang but really hated her. He doesn't like her so she screws him over and refuses to finish the tour? Talk about a woman scorned. Geeze!

My husband read up on P.T Barnum after the movie and said there was very, VERY little truth in the movie which I suspected but still found depressing.

BUT at least Zac Efron was in it. He's kind of annoying but not bad to look at. Not bad at all. And he had a great voice (No I haven't seen The High School Musical Movies). I liked his voice much better than Jackman's.

So besides some eye candy and a few catchy tunes, I found this one rather slow and boring and I felt completely out of place in the theater. I could tell everyone loved it and a lot of them has seen it before and were trying really hard not to sing along and dance. I think my husband liked it more than me which I found shocking. Oh well.

Let's Talk
Is the catchy music and the eye candy what everyone else loved? Do we even care about plot anymore? I mean, this one had a plot but it was a made up plot about a real person.

Recommendation
I'd wait till it was on Netflix.