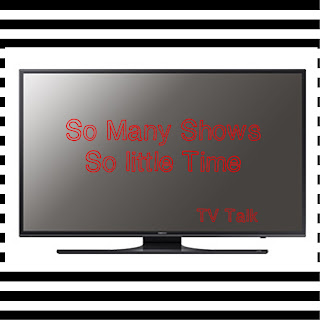 It's been while...like a ridiculously long time...since I talked TV. I don't watch nearly as many shows as I used to but I still watch some stuff and with Netflix, Hulu and Amazon series becoming a thing I decided it was time to talk TV again so I thought I'd devote Sundays to TV Talk.

Back To Our Regularly Scheduled Programming
(On TV Now) 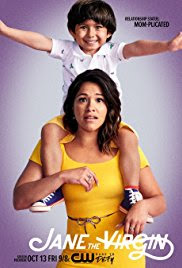 Jane the Virgin
I've watched this show from the beginning. I love it. It's ridiculous and overly dramatic but get in the right mind set and it's thoroughly enjoyable. This season has been a bit all over the place. I'm getting a bit tired of the on again off again relationship between Jane and Raphael. I'm not sure what I think about recent developments but am willing to watch it all play out. 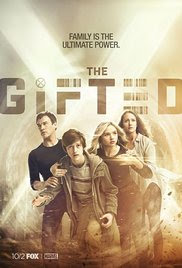 The Gifted
I'll watch just about anything with mutants. The first season of this one was just OK for me. I was invested enough to watch it all the way through but only found it so so. I'm not sure if it will come back for a second season but if it does I might give it a few more episodes. 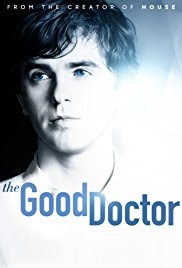 The Good Doctor
I freaking LOVE this show. Freddy Highmore has my heart strings tied to him. Every move he makes in this one just gets to me. I've been very invested in this season and really hope they pick it up for more seasons. Have you seen this one? If not, you need to go watch it! It has all the fun of a medical show with a just the right amount of drama. 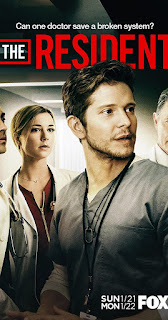 The Resident
Here we have a doctor show that's a bit heavy on the drama. This one just started and I'm liking it but as I mentioned, it is a bit overly dramatic. I think Dr. Bell is a complete dick! After the very first scene, though, I think we're supposed to hate him. Well, job well done! I can't stand him! As much as I want to hate Dr. Hawkins (because I hated him as Logan in Gilmore Girls) I find him likable. Weird. Emily VanCamp as Nicolette is strange after her role in Revenge. I find her a bit too squeaky clean and the plot device of her as Hawkin's conscience a bit tiresome and overused. I don't mention Dr. Feldman because I find him boring. I think he's supposed to be the relatable Dr but he's as dry as burnt toast.
I'll be sticking with this one though. I'm a sucker for medical shows. 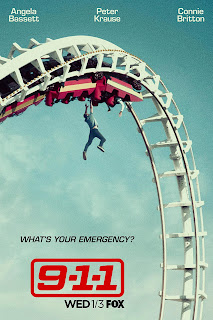 9-1-1
This show is ridiculous. It's fast paced and addictive as hell but I find the emergencies absolutely crazy. It would be OK to have a slightly more believable albeit "boring" emergency to happen. I'm invested in the cast's lives, though and want more.

Stranger Things
I think it's safe to say I love this one. They need a new enemy though. I didn't like that she defeated Demogorgon but at the end it was all, maybe she didn't. I hate that.

The Crown
I'm only a few episodes in to season two so no spoilers please! I really hate that every one else's life get destroyed just so the royal family looks good. And does anyone else struggle to feel sympathy for Elizabeth? She's so prudish and proper. Geeze! Lighten up. Have a heart!

I won't mention all the other Netflix series I'm watching right now because I'm not watching them. Meaning I'm in the middle of them but haven't watched them for some time. I am looking forward to the new season of Jessica Jones though.

Email ThisBlogThis!Share to TwitterShare to FacebookShare to Pinterest
Labels: TV