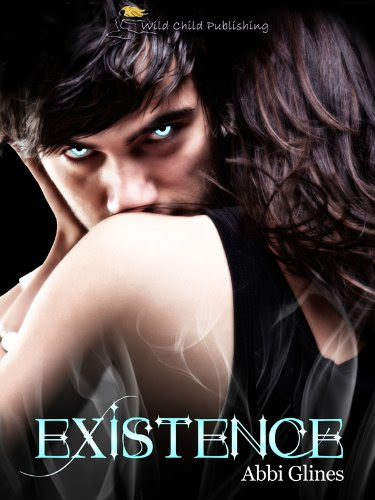 First sentence Don't look at him and he'll go away.

Synopsis
Pagan sees souls, she always has, but there's something different about this new one hanging around and it's not just his good looks.

General thoughts
This was my very first ebook! K, I'm just excited I have the Kindle app on my phone. ;) Anywho, as it was only published as an ebook and by a publishing company that only publishes ebooks I somehow got it into my head it was going to be mediocre. And it was, it had plenty of grammatical errors and a lot of telling not showing, and about half way through I completely lost interest, but I persisted all the way to the end...all the way to the, holy hell, cliffhanger ending!!! Yeah, there was quite a cliffhanger ending that had me rolling my eyes more than anything else. The whole thing inspired a lot of eye rolling. It just didn't exactly make sense and the story itself could have used some editing. Still, despite all that, I adore the cover and I have a massive weakness for stories about Death as a person. It's what drew me to the book in the first place and kept me reading. I liked that despite how "simple"  it was I had no idea where it was going to go and that kept me reading as well. So, yeah, it wasn't amazing, in fact it was pretty bad, but I enjoyed it anyway.

Characters
Pagan was way too much like Bella from Twilight for my taste. She seemed weak and willing to do anything for someone she hardly knew. Dank (despite his name) was dreamy albeit a little unbelievable as a guy and Leif was ridiculously amiable. NO ONE is that nice! Miranda was pretty dang cliche.

Would I recommend it?
I can't in good conscience recommend it but if you're interested in the premise then, yes, you might enjoy it about as much as I did.
Posted by Jenny at 6:35 PM