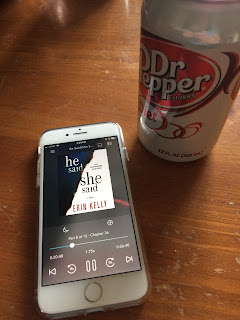 Synopsis
After viewing an eclipse with her boyfriend, Laura witnesses a rape. The case becomes a he said/she said case but with Laura's testimony the rapist can be put away. Years later, Laura and her now husband Kit are living in hiding. Trying to keep their whereabouts a secret from Beth the victim of the rape. What happened to make them go in hiding? What secrets are Kit and Laura keeping from each other that's causing a strain on their marriage? What will happen when the truth comes out?

First Sentence
London is the most light-polluted city in Britain, but even here, in the northern suburbs, you can still see the stars at four o'clock in the morning.

I'm going to start off saying I wanted to like this one a lot more than I did. The story takes us all over in time from the past to the present slowly puts the pieces of the puzzle together. I had no problem with the format. I liked getting bits and pieces of the story and watching it come together. What I disliked so much was the characters.

No one was really likable and the only character that was, was the character you were supposed to hate. That's not good, am I right?

I found some of the "secrets" not even good enough to be called secrets and saw absolutely no reason why they needed to be kept secret. It made for a completely unbelievable story.

When everything comes to light, however I was rooting for a certain ending and I got it. THAT is why this one gets three stars rather than the two I was going to bestow upon it. It was a very satisfying ending.

Should you read it
I'm not going to stop you but know that I didn't adore it or anything.
Posted by Jenny at 7:00 AM