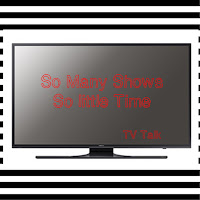 Alright, this is a little late but I've been off my game lately. I'm happy the Olympics are finally over and we can get back to our regularly scheduled programming. I was starting to have withdrawals!

Back To Our Regularly Scheduled Programming
(on TV now) 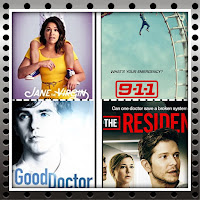 Jane The Virgin
I felt sort of "meh" about this weeks episode. I feel like they've lost momentum. Hopefully things pick up soon.

9-1-1
This week's episode tackled the full moon and all the crazies that come out. I laughed at the prenatal yoga class when three women went into labor. As usual this show makes me roll my eyes but it's still fun to watch.

The Good Doctor
And they introduced a new doctor. I actually liked this guy. He's older and I can see him butting heads with the other doctors but that's got to be a good thing, right?

The Resident
This show is starting to piss me off. It shows the greed of hospital CEOs so well that it's making me sick. Our health care system is so messed up and whoever you want to blame, that's fine but the real villain is greed. It's all about the money. Ugh! I don't know if I can even keep watching. 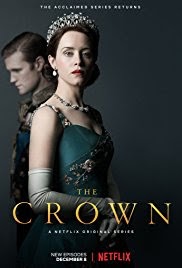 The Crown
Still slowly making my way through season two. I love looking up each episode after I watch and seeing what was accurate and what's not. It's usually pretty close to truth. Anyone else watch the episode with Charles going to that school and wanting to choke him out? Sorry, I know he's the future king of England but he's such a little pansy. 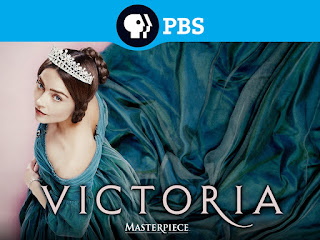 Victoria
I've started watching Victoria on Prime and while it's not as accurate as The Crown I still enjoy it. It's entertaining and fun to watch. Anyone else seen it? You should check it out. The guy who plays Albert is very, very dreamy!