Blame It On The Testosterone

Come on, you know you wanted too much information about me to start out your day. ;) I have poly cystic ovarian syndrome (PCOS) and, as a result, have too much testosterone. This results in some annoying little side effects, which I won't bore you with, but I'm starting to wonder if it is now effecting my reading likes and dislikes. I started thinking about some of my favorite books and realizing that most of them had male protagonists as the main character. I think it's because I can relate to a male character easier. See? That's where that "too much testosterone" theory comes in.

What are some of my favorites you ask?

Curse Workers Series by Holly Black
Cassel, is very relatable to me. He wants to be a good guy despite the family connections that would make it so easy to be bad.

Odd Thomas series by Dean Koontz
Sigh! He's a gentleman, he doesn't know how cute he is, and he always does the right thing. K, maybe he's not that relatable, he's too perfect. But what a fun character.

The Schwa Was Here by Neal Shusterman
Antsy is so much fun! He's kind and loyal and I'd love to have him as a friend.

Urban Magic Series by Kate Griffin
Matthew, Matthew,  he doesn't want all the trouble that's constantly following him around but he never backs down or gives up. Plus, he's so dang hilarious!

I Am The Messenger by Markus Zusak
Ed Kennedy is so great! He's honest and real. When faced with a huge burdensome task he steps up to the plate and, through trial and error, succeeds.

Getting the Girl by Markus Zusak
Cameron Wolfe is so relatable to me I can't even begin to explain it without giving away much more information than you EVER wanted to know about me.

Eragon by Christopher Paolini
Eragon has so many relatable faults but wants so much to be good and do right that I can't help but love him.

I'm well aware that some of these books were written by women so what that does to my theory I'm not sure but I do know I rarely like the female main characters. I read books with female MCs for the adventure and the cool premise and, yeah, maybe even the romantic interest, but I usually could care less about the girl and either find her too whiny, too selfish or just plain stupid! It's true, I don't have a lot of sympathy for my own sex. This makes it very hard to relate to the girl and almost impossible to actually like her. 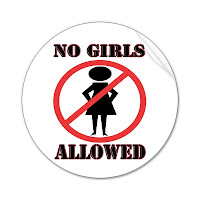 So is it the testosterone? Is it weird that I don't like girl main characters? I'm always reading reviews about how awesome the girl was, or how relatable and even though, in public, I'm nodding and smiling, inside I'm thinking, "what the heck's wrong with me? I don't see it. I didn't like her! I didn't relate!" I'm so confused. That's not to say I NEVER like or relate to the girl, it's just very rare.

So do you like mail MCs better, and even if you do can you still relate to the girls? Like them even? And now for the fun part (for me, anyways) Any suggestions of books with male protagonist as the MC that I might like?
Posted by Jenny at 7:00 AM