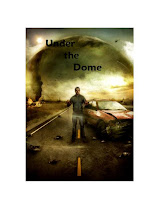 Well, we did it! I know you were worried. ;) We're all done and it's time for the last questions and answers discussion. Brace yourself.

1. Were you pleased with the end that Stephen King gave Jim Rennie? Is it what you expected? Was it fitting? If not, how would you have changed it?

Sigh! Yes, I suppose it was fitting, and definitely freaky, but I really wanted to see someone blow his brains out. Yeah, I have a violent streak in me. In fact, I started hoping at the end that he'd live just so I could see him get busted and thrown in prison.

2. Explain to us what you thought about the aliens and their "magnifying glass." Did you take it at face value, or is there some underlying deep meaning to it? In other words, is there actually a moral to this story? And if so, how would you explain it?
Oh snap! When the whole ant analogy was revealed I set the book down and just sat there trying to gather the pieces of my blown mind. Oh sure they were "aliens" but the description of them certainly sounded like ants to me and in my mind they were. Or at least represented them.

3. Pretty much everyone dies! Which death was the saddest for you? The hardest for you to read about? The most gruesome? The one that had you cheering? The one that made you the maddest?
Saddest? I cried when Sammy Bushey did the whole murder suicide thing. I just felt bad for her.
Hardest to read about? When Rory tried to shoot a whole threw the Dome. :( I was sad but mainly I was just cringing like crazy.
Most gruesome? Hands down, when Junior killed Angie McCane at the very beginning. *shivers*
Cheering? I'd have to go with the Sammy Bushey murder suicide again. I was sad for her but glad she was killing those other two creeps!
Maddest? I was furious when Brenda Perkins went to Rennie all alone. Like we didn't know what was coming.

4. If this were made into a movie (as Stephen King books often are) who would you cast in some of the leading roles?
I can't answer this. I never picture books made into movies and if I do I never imagine who would play the characters. Seriously. Sorry.

5. Do you think this book is an accurate portrayal of true human nature? Do you think everyone is as corrupt as this? How do you think your community would do in such a crisis? How would you personally handle it? What side would you have ended up on?
I think it was a good portrayal in certain communties\cities. There are people as insane and power hungry and corrupt as Rennie out there. Likewise, there are people as basically good as Barbie and his "gang". I have no idea how I'd handle something like this. I'd probably be most like one of the unnamed characters who dies horribly in the end. :(

I had a blast reading this with everyone. I hope you all did too. I do have to add that by the end, my favorite character was Rommie. Don't ask, I just loved him. I also cried like a baby during the scenes between Ollie and Private Ames. Ollie's story was heartbreaking and inspiring. 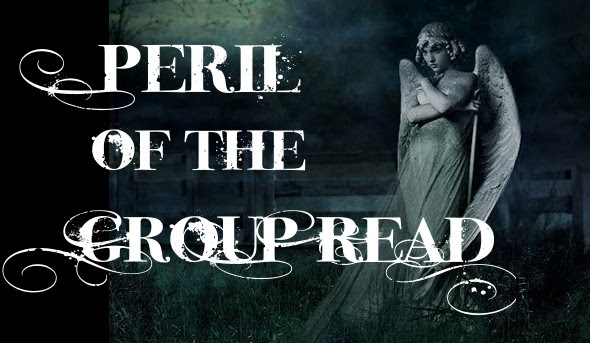