Under the Dome Group Read Discussion 3 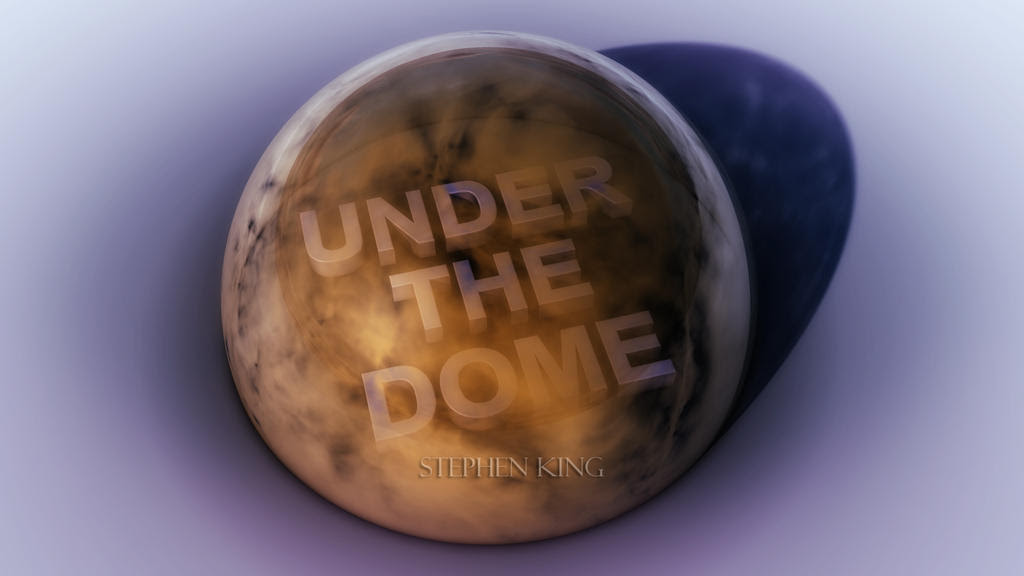 Whew! I had a tinsy lull during this section but things certainly got exciting again. Maybe it wasn't a lull but "the wall" You know? When you're running and you hit that point where you can't take one more step and then you get a second wind? Yeah, maybe that's what happened. Anyway here's the questions and my answers for this week.

Jackie thinks no one outside the Dome understands. She thinks it's "different" for the people inside the Dome. Do you agree with that, or do you tend to feel like Cox and think someone should just put a bullet in Rennie's head?
Oh, I'm so with Cox! Seriously. If I was in a situation like this or Lord of the Flies I swear I'd just kill off the bad guy and take the consequences. I hate control freaks and power hungry evil dudes! Of course, I say that, but in truth, I probably wouldn't do anything either. Sigh!


Speaking of Rennie, do you think he really believes that everything he's doing is for the good of the town, or is it all about power?
I have mixed feelings but I think I'm deciding that he tells himself that he's good and great and doing everything for the good of the town but he's just covering his ass and wants power; thrives on it, apparently. I swear if his heart takes him out and not Barbie, I'm gonna be so mad!!! The Chef on the other hand, I think he truly believes all that religious stuff.

I'm finding it very interesting that the bad guys all seem to have some strong religious beliefs. Have you noticed that and wondered about it? Do you think it's symbolic of something or just coincidence?
I don't think it's coincidence, nor is it bugging me. Sometimes I feel like authors have some issue with religion and think all religious people are freaks so they lash out at them in books. However I don't think that's what King is doing. And it is true that power hungry control freaks often use religion as an excuse to take over.

Do you think Barbie being dragged to jail was the push the town needed to start forming their "side"? Do you think a war of sorts is brewing and will that be what causes the fire on Halloween?
I'm afraid a war is brewing. What with The Chef having all those weapons and the police force being a bunch of crazy high school kids. But all that hot weather stuff is making me wonder if that won't eventually cause the fire. Either way I'm nervous but excited to see how it all comes together.

So, yeah, I'm excited to finish up in the coming week and finally see what the heck will happen and what's going on.
Posted by Jenny at 7:00 AM